CHECK OUT WHAT THE CRITICS ARE SAYING
We hit #18 on the Billboard Jazz Chart.
We make serious music, seriously fun.

Bonegasm is the brainchild of Jennifer Wharton featuring music by up and coming artists like Sara Jacovino and Edward Perez as well as Grammy veterans like John Fedchock, Alan Ferber and Jim McNeely. New music coming from Darcy James Argue this summer. 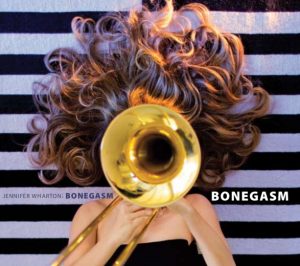 Our debut album was released in February on Sunnyside Records. Listen to the album everywhere you buy music.
BANDCAMP
AMAZON
iTunes
Spotify (If you support artists, buy music)

It is our mission to bring peace, love, and trombone to the unsuspecting masses. Please enjoy.

No shows booked at the moment.